The Melodies - Yoga Advisory Board

The Melodies in Motion Teachers

We are looking for Teachers!!!

If you are interested in becoming a teacher of The Melodies in Motion, please contact Miss Jeannine at: 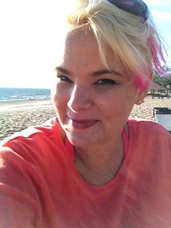 As an adventure guide, Jeannine helps her clients bust through the blocks of life to find the treasured gems inside the difficulties, helping to create the life of their dreams. With her work as an Intuitive Life Coach, Reiki Master, Singer/Songwriter, Author/ Poet, Aunt Jeannine and simply her perspective on life, she helps people find the best in themselves and the world. Jeannine’s work helps others find their purpose in life. She shows her clients how to flourish, helping them live a life they will love. Her style can best be described as forthright and fun with practical insights and tools for everyday living. She accesses the whole person and is able to offer guidance on a profound scale.

She is a firm believer that we all have our own paths and that there is no one way or right way to any path, but that we are all here to support one another no matter where that might lead. At the core of all lies the ability to see the possibilities in each other, and that is truly a gift that has always been Jeannine’s.

- A guest on radio shows and tele-seminars such as Balancing Heaven and Earth with Denise Iwaniw and Rev Dr. Michael Bernard Beckwith of The Secret’s Agape Church in Los Angeles, California, her story on cord-cutting can be seen in Doreen Virtue's book, Angel Medicine.

- She has written and published over 40 Guided Meditations for Children of the New Earth Online magazine and has recorded several special meditations for SuperKid children fighting cancer, supporting the MaxLove Project.

- She has published four books of poetry and has just completed her first in a series of books with The WORLD Collective Consciousness.

- Jeannine’s collaboration with her Grammy award winner brother on a musical program for children, entitled The Melodies: Life Readiness Songs and Lessons, teaching meditative techniques through jazzy songs, was featured in the 2012 Agape Youth Revelation alongside CosmiKids and will be re-releasedin 2015.

- She is the weekly host of Organically YOU on Blog Talk Radio and her Mini-Guided Meditations can be seen on YouTube.

- She hosted The Star Children Show on The Star Nations Radio Network in 2013.

- A columnist for Bellesprit Magazine, having authoring A Conscious World articles in tune with The World Collective Consciousness as well as having her poetry published in the magazine, her Intuitive Life Signs were also a monthly feature.

A prolific creative and Intuitive Life Coach, her coaching programs are helping Wise Women open up to A World of Possibility.

The jazz scene is abuzz about singer, pianist, composer, and MAXJAZZ
recording artist, John Proulx (pronounced "Proo"). His piano playing is
hot and swinging, and his voice recalls the smooth, mellow sounds of a
young Chet Baker. John’s latest CD, “The Best Thing For You”,

John began his formal musical education at the age of 3 in Grand
Rapids, MI on Suzuki violin, but quickly switched to classical piano
lessons. His grandfather, Clyde Proulx, was a jazz guitarist who
introduced him to the world of jazz. Hooked on the freedom of
improvisation, his education took him to Chicago to study at Roosevelt
University’s Chicago School of Performing Arts. In 2001, John moved

to Los Angeles to further his musical pursuits. He has emerged as a young
talent on the Los Angeles jazz scene and loves the wide-range of
opportunities the city has to offer. Currently, John is back in LA afterreturning from a four-month engagement at the prestigious
Feinstein’s at the Loews Regency hotel in Manhattan.

He is the brother of Jeannine Proulx and the pianist and sings harmony on The Melodies CD as well as doing the musical composition for the songs.